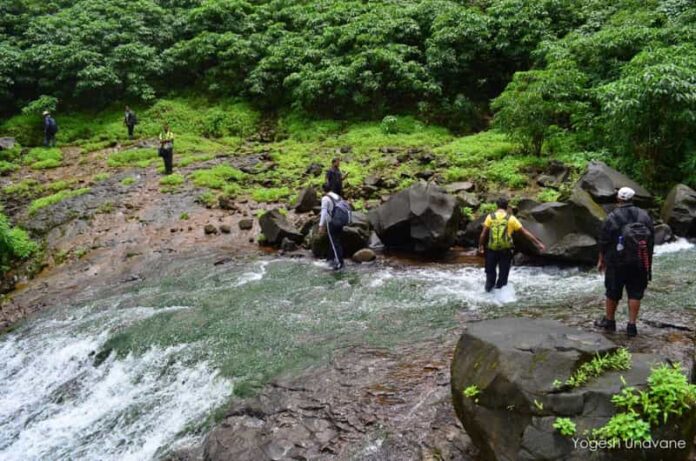 Andharban literally translates to “dark forest “. This dark forest trek is graded as a moderately easy trek. Elevated to an altitude of 2,160 ft this trek takes hardly a day to complete.

This trek lies in the sahyadri region and takes you through thickly packed forests along with that it also offers you a chance to experience the beautiful devkund waterfalls. Plus the valley and the tamhini ghats are also enchanting in that trail.

When all the treks ascend high, this trek descends low. Starting from the high elevation it descends down into the valley to reach the backwaters of the Bhira dam after trailing via the scattered streams and spurting waterfalls.

Things to Keep in Mind